The Enterprise Implications of Apple’s 2018 WWDC

In their WWDC (Worldwide Developers Conference) this Monday in San Jose, California, Apple unveiled a host of new software for their iPhone, iPad, Apple Watch, and Mac that will be made available to the public later this year. The newest operating systems are the iOS 12 for iPhones and iPads and MacOS Mojave for Apple’s laptops and desktops. In addition to flashing their newest products and updates, Apple addressed iPhone addiction and data protection, thereby seizing the WWDC as an opportunity to paint themselves as a company that cares about the consumer. In January of this year, two Apple investors with a stake of about $2 billion between them (California State Teachers’ Retirement System and Jana Partner) pressured Apple to address iPhone addiction among young people. In response, Apple will now make device and app usage reports available on the iPhone and iPad. Users concerned with their own time management, as well as parents who want to set screen time restrictions on their child’s devices, will soon be able to set daily time limits for specific apps. While Apple did not mention any ability for their ‘screentime’ function to entirely block apps, it could effectively be used to achieve that aim by employers. The fear of one’s boss reviewing his/her ‘screentime’ report on a company-issued device would be enough to deter most employees from unproductive device usage. In response to data-privacy concerns in the tech industry, which culminated two months ago when Facebook CEO Mark Zuckerberg was summoned before the United States’ Congress to address a data scandal involving up to 87 million Facebook users, Apple introduced updates to their web browser, Safari, that will withhold user data from sites like Facebook and Google unless the user actively chooses to share data. 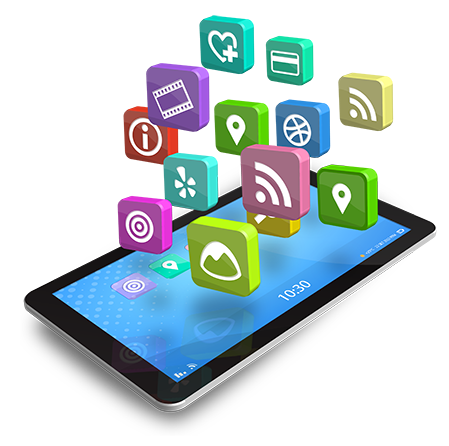 Despite upgrades to both iOS and MacOS, Apple’s SVP of software, Craig Federighi, made it clear that they would not merge the currently distinct operating systems used in their iPhone (iOS) and their Mac (MacOS). While the long term vision of an integrated platform is alluring, its reality and the compromises it introduces quickly sober any false pretenses. However, the company is working to integrate iOS apps into their MacOS clients. Specific examples include the news, stocks, and voice memos applications. Such integration across operating systems marks the beginning of what could one day be a true omnichannel experience where the user can seamlessly transition tasks and information between their desktop or laptop and their iPad or iPhone. The interconnectivity improvements that Apple announced represents an incremental improvement in user experience while (thankfully) leaving the iOS and MacOS platforms as separate properties. One can count on Apple being a fast follower as opposed to a leader with these truly transformational platform challenges. However, looking at where Microsoft is with its UWP initiatives, it is hard to identify much with tangible enterprise value today.

While Microsoft has thrown in the towel on its smartphone initiatives, instead focusing on ensuring its key services are platform/OS agnostic, Google’s approach to cross-platform and omnichannel experiences is becoming increasingly compelling, including its enterprise use case value proposition. One of these dynamics is the role of Chrome in the context of the already massively successful Android OS. In 2016, Google unveiled that they would bring the Google play app store to Chromebooks, allowing users to access and use Android apps on their ChromeOS computers. Google was one of the first movers towards the goal of a seamless omnichannel experience, when in 2006 they unveiled Google Docs, which is now a popular and effective way to access and edit the same document from a desktop, tablet, and phone. This has won Google strong appeal for Chrome powered devices and its cloud services in segments of the markets such as education. Extending this into the enterprise remains a hypothetical; however, the key ingredients are beginning to coalesce. If Apple were able to increase the interconnectivity of their operating systems, they could present an interesting value proposition to firms and enterprises that are already heavily invested in their iOS-powered clients.

One of the presentations that got the crowd most excited on Monday was a live demonstration of a new AR (augmented reality) app called ‘Measure’ that can provide measurements of 2-D and 3-D objects in real time by using the cameras on the iPhone or iPad. Apple CEO Tim Cook has long maintained that AR (augmented reality) is the future of mobile technology and the ‘Measure’ app promises to be one of the first useful AR apps made widely available to the public. Such an app and has the potential to make a big impact in field-work industries as diverse as construction, and logistics where quick, accurate measurements could hugely improve efficiency. Accuracy will need to be demonstrated; however, as our research supports, the ability to collect accurate dimensional data through mobile devices is opening up several interesting use cases.

The other reveal that has strong potential to be adopted by enterprises as a useful tool is the new push-to-talk function on the Apple Watch that allows the wearer to use the device “just like a walkie-talkie,” said Kevin Lynch, Apple’s head of watch software. On Monday, the push-to-talk function was primarily hyped as a mildly useful novelty: “a fun, easy way to talk with friends and family,” remarked Lynch. However, if enterprises invested in Apple Watches for employees, it’s possible that the push-to-talk technology could be used to dramatically increase coordination and efficiency among field workers. The watch’s walkie-talkie mode is essentially a Facetime audio call with a push-to-talk function that can run through WIFI or cellular. The walkie-talkie aspect makes it more useful for workers than a regular Facetime audio call though, since coworkers could initiate a call and leave it quiet until communication is required. This would ensure that each coworker hears the communication that is necessary but does not hear extra noise that could cause confusion or disrupt concentration. With data protection being supremely important nowadays, employers will also enjoy the privacy protection that the push-to-talk feature offers. Since audio is transmitted live and never as a saved file, there is no possibility for audio recordings to be acquired in the event of a data breach. For now, the watch could only be used as a means of communication between two employees; but, in the WWDC, Apple also revealed a new Facetime function that can connect three or more people all within the same call, so it seems likely that one day an entire team of coworkers could all connect their walkie-talkie watches to the same frequency, so to speak.

In all, Apple revealed some innovations at the most recent WWDC that have the potential to make a meaningful impact within enterprises. However, the overall event lacked in meaningful product updates – usually reserved for other events later in the calendar year. Regarding the features that were revealed, Apple will need to demonstrate that the reliability and efficiency of capabilities like the ‘Measure’ app or “Walkie-Talkie” functionality pass the enterprise bar.  With Apple having long enjoyed being a “consumer first” company that has products that are regularly used in business settings, it will make a significant impact in the workplace only if it can partner effectively to increase its value as an enterprise computing platform.