NIWeek 2017: The Next Generation of LabVIEW, 5G, and the Industrial Internet of Things

We were in Austin, Texas this week for National Instruments’ annual conference, which brings together thousands of engineers, scientists, and industry professionals from a variety of backgrounds. NIWeek is a showcase of how the organization is accelerating development and increasing productivity in test, measurement, and control systems using its platforms. This year’s show was full of exciting new announcements and customer demonstrations of new technologies at the forefront of 5G and the Industrial Internet of Things. 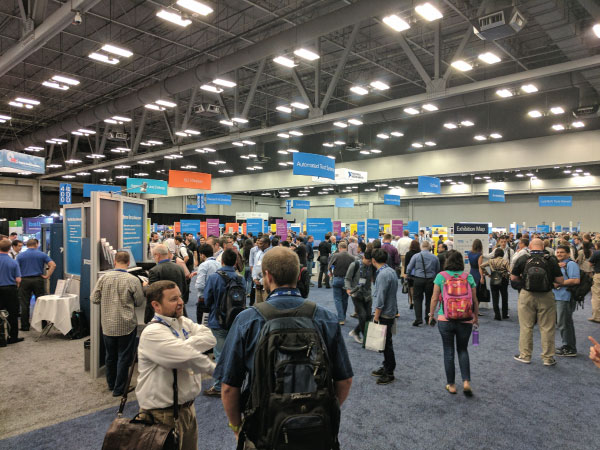 System design software is critical to measurement and control solutions. NI realized this ages ago and continues to invest heavily in its LabVIEW software platform striving to continually improve upon ease of use, functionality, and performance. The biggest announcement from NIWeek was undoubtedly the launch of LabVIEW NXG 1.0, which enables domain experts making benchtop measurements with non-programming workflows to acquire and analyze measurement data. LabVIEW NXG helps alleviate some of the biggest pains for users in the market, such as getting control hardware and sensors connected, validated, and integrated with software. Users will have access to both traditional LabVIEW and LabVIEW NXG 1.0 under the same active service contract. This year’s conference also saw the launch of LabVIEW 2017, which included enhancements such as AWS and RESTful web services integration as well as APIs to call LabVIEW FPGA code from Python and the CODESYS IDE, among others. 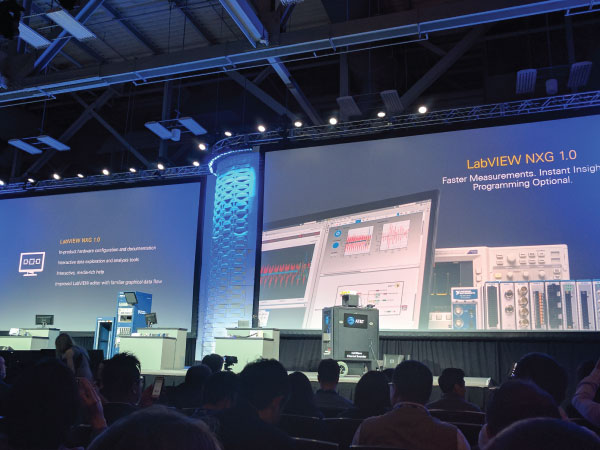 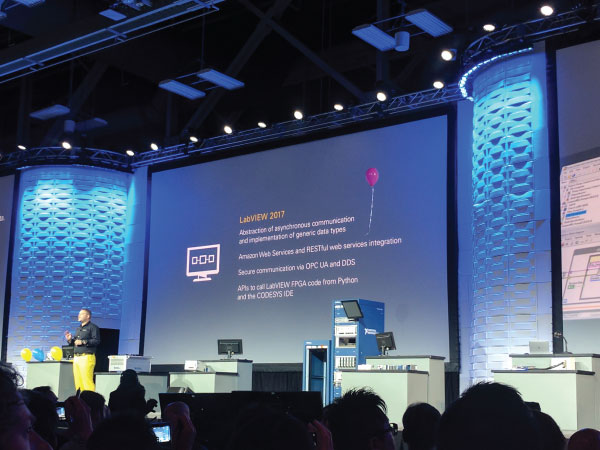 On the hardware side, NI acknowledged a growing trend within the test and measurement industry that echoes what is being seen in the embedded market – the steady shift in customer sourcing from component-based products to more fully integrated system solutions. NI launched its ATE Core Configurations offering which delivers core mechanical, power, and safety infrastructure to accelerate the design and build of automated test systems. ATE Core Configurations is a 19-inch rack-based system that is highly customizable with PXI instrumentation, signal conditioning, kW power suppliers, cooling, and available with IEC 61010 certification. The ability to choose what goes into the system, and where on the rack it resides, lends itself well to end users’ growing desire for more hardware modularity and scalability to preserve their test investments through the long term.

NI has helped lead the development and deployment of 5G technologies from the onset. The company is involved in a number of different initiatives and test beds trying to steer 5G research and standardization. At the conference, NI announced its first software defined radio for 28 GHz research targeting 3GPP and Verizon 5G standards; new 28 GHz radio heads for the mmWave Transceiver System. The mmWave Transceiver System can operate as either an access point or user device in over-the-air testing scenarios.

Another emerging technology field where NI is helping promote development is in Time Sensitive Networking (TSN), which will be critical to many IIoT applications. Last year, NI announced an early access technology platform for TSN on its CompactRIO controllers. This week, NI announced the release of two new rugged, multi-slot CompactDAQ Ethernet chassis with integrated TSN synchronization. On the expo floor, NI had a demonstration set up illustrating the impact of TSN on industrial networks even while being flooded with video and other traffic.

Great demo of #TSN in action on the #NIWeek expo floor. Achieving this level of control and synchronisation will be critical to #IIoT pic.twitter.com/VR3wpqcsL0 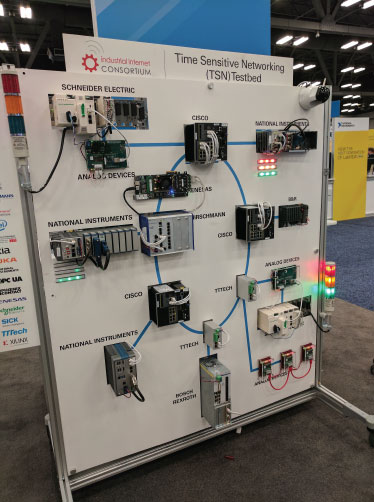 NI continues to invest heavily in the digital future of test, measurement, and industrial networking technologies. The company does well every year making NIWeek just as much about its community, partners, and customers as its own platform advancements and growth. The event is more a showcase of the power of an open platform. The launch of LabVIEW NXG is a monumental step for NI under its new CEO, Alex Davern, who became just the second CEO of company since its founding in 1976. We look forward to returning to Austin next year to see what new advancements this year’s announcements have helped enable in the measurement and testing of next generation products and technologies.