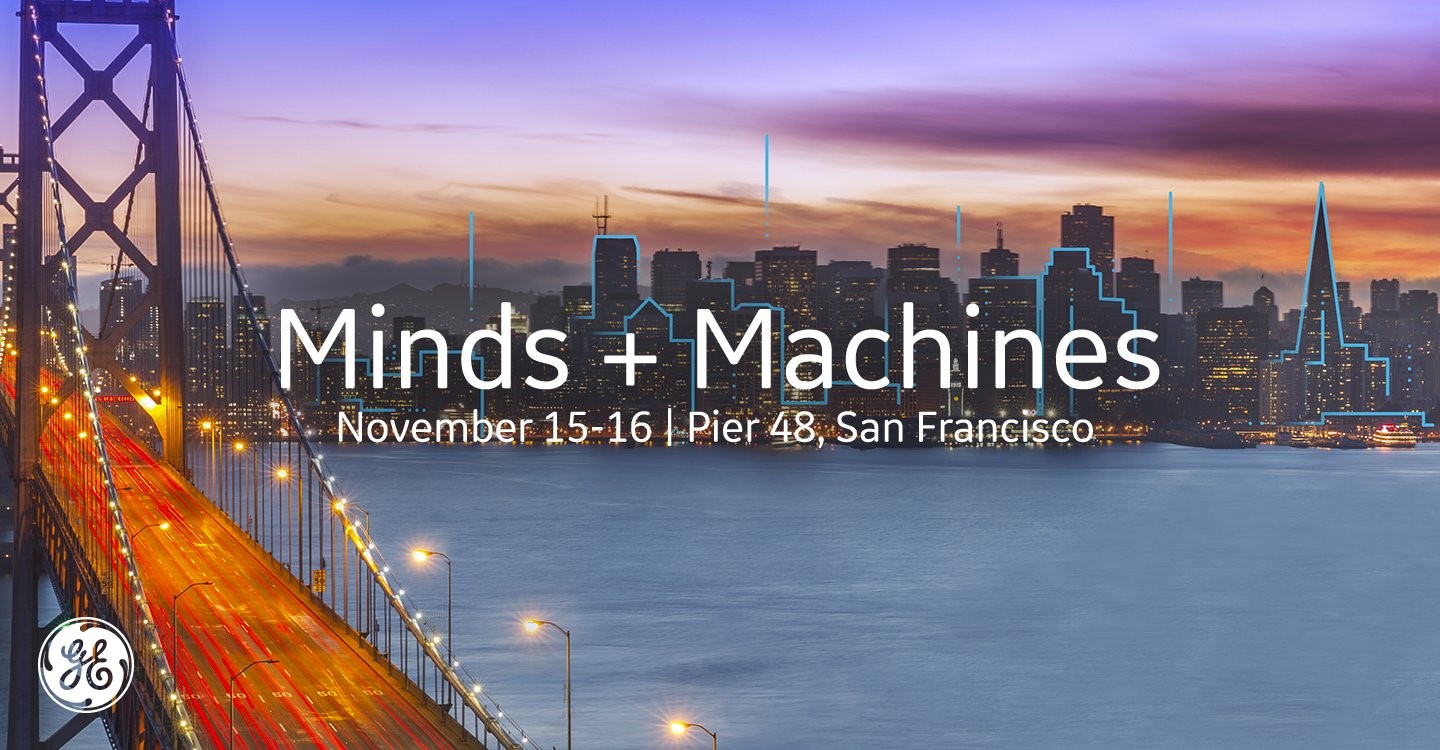 GE brought together a wide range of software, hardware, systems integrators, and industrial companies in San Francisco this past week for its fifth annual Minds + Machines summit. Over 2,700 attendees mingled inside a spacious, restored warehouse on Pier 48 overlooking the bay – a fitting location for a company intent on transforming itself into a “Digital Industrial”. 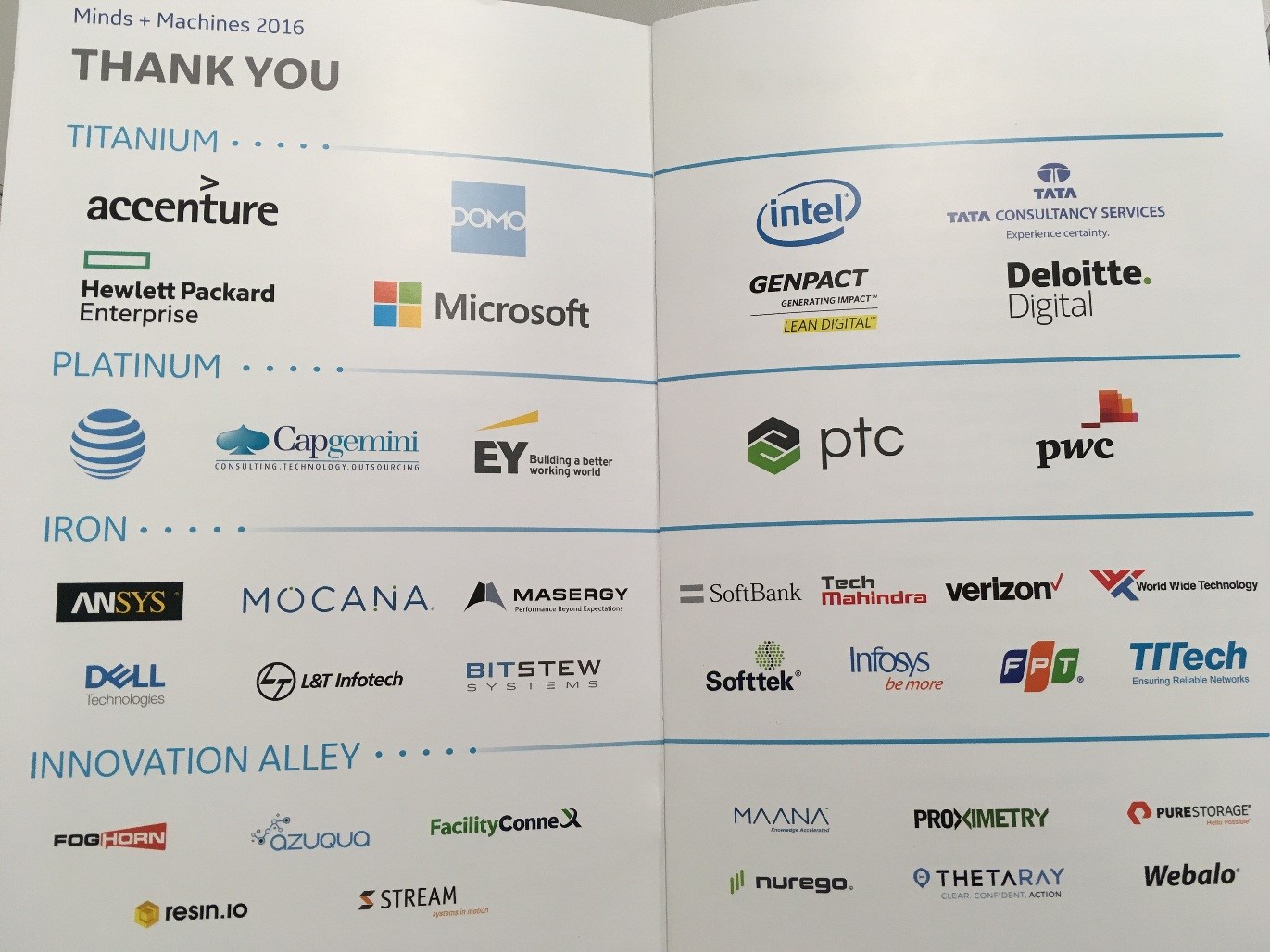 GE Chairman and CEO Jeff Immelt expanded on the company’s transitory goal somewhat in his keynote, asserting that GE is well on the path to becoming “a top 10 software company” by 2020. To this end, GE announced a multitude of acquisitions and partnerships during the conference that aligned with its new, software-centric strategy:

These announcements and portfolio additions will complement GE’s recent acquisitions of asset performance management (APM) software provider Meridium ($498M) and cloud-based field services provider ServiceMax ($915M). All told, GE has spent close to $2B on software-focused acquisitions in the past 6 months.

Where GE hasn’t acquired, it has partnered. One of the most impressive presentations of the conference featured a Microsoft Cortana application running on Predix which ingested visual data from a drone, monitored for damaged power lines, reported on asset health, and alerted users to possible anomalies.

The Predix Machine client software uses a Java software stack that is built in the Open Services Gateway initiative (OSGi) framework, and is verified to run on a Raspberry Pi with 434MB of RAM on the low end. The edge compute and analytics functions, which are among the main selling points of the platform, will require higher-resource edge devices. As such, Intel is aggressively seeking to provide the majority of the chips needed to power the edge gateways and servers that will run the Predix Machine software. Murthy Renduchintala, President of Intel’s Client Services and Internet of Things group, reinforced this idea in a keynote, expanding on the importance of the partnership. HPE and Dell will also be key OEM partners that will help build the server and gateway level hardware needed to run the platform.

All in on Predix
The key takeaway from the conference is that GE is all in on Predix, which it is offering customers as the platform to drive efficiency during a period of near-zero industrial productivity growth.

The vast majority of keynotes, presentations, and breakout sessions featured Predix in some way, and Predix CTO Harel Kodesh’s opening keynote on day two, “The Proof is in Predix”, drove this point home even further. GE brought huge customers, such as BP and Exelon, onstage periodically to outline their use of Predix, from adoption to the substantial savings accrued thus far through its use on oil wells and in intelligent factories. The conference even featured a Predix hackathon, which offered dozens of teams $25,000 or a trip to Paris to work alongside the GE Digital team as grand prizes for those who developed the most innovative Predix applications.

What makes Predix revolutionary? As GE Chief Economist Marco Annunziata puts it, Predix will allow us to fine-tune every single machine on the platform: “The industrial revolution was about building large numbers of identical machines, typified by the assembly line. The digital-industrial revolution is about understanding every single machine as a unique individual, to maximize its potential.” Unconnected machinery today holds billions of dollars of efficiency through customization that Predix can’t wait to tap into.

A related point that became clear over the two days of M+M: Predix is very much an emergent technology that is still being defined. The platform has vastly different implications for the wide range of stakeholders represented at the conference, and promises to address the vast majority of industrial efficiency-related needs.

From a technological standpoint, the actual hardware and software that make up the platform will require some level of customization for each deployment due to the huge variety of industrial settings across which Predix will be deployed. We can speak broadly of the network architecture, client/server communication software, and types of analytics that will power the majority of deployments, but it is difficult to speak intelligently about the platform as a specific set of technologies that will serve a specific set of needs.

From a business standpoint, Predix still makes up only a small portion of GE’s overall revenues. GE recognized $5B in “digital revenues” in 2015, or 4.2% of its total $117.4B revenues. At M+M, GE disclosed that digital orders are on track to exceed $7B in 2016, up 25% from the previous year. Digital revenues are exhibiting healthy growth, but still pale in comparison to GE’s traditional operating segment revenues, which could complicate matters for Predix if conditions in the other 95% of GE’s business fluctuate significantly.

.@JeffImmelt shares why digitization is a strategic and a cultural shift - one that we’re helping customers drive at #GEMM16. pic.twitter.com/tq3AaYQ94p

What will make Predix successful is GE’s deep reach into the majority of factories, power plants, mines, oil wells, and industrial sites worldwide. This powerful network and channel effect, combined with GE’s demonstrated focus on the organic (and acquisition-based) development of Predix, has put it on the path to becoming the dominant platform for the industrial IoT.

We are entering a new era, where industrial efficiency will be king. It is still early days, but Predix promises to build out the digital infrastructure for a new generation of agile industrials.