Last week’s Arm TechCon conference highlighted many trends affecting the development of embedded systems and IoT solutions today. Security, distributed intelligence, and scalability took center stage and were the driving factors behind two of the biggest announcements from Arm at the event: the launch of its Platform Security Architecture (see Steve Hoffenberg’s blog on that announcement here) and Mbed Edge software for IoT gateways. The latter is in response to the growing importance of IoT gateways in current and emerging connected solution architectures.

.@Arm is digging into gateways and other devices on the network edge with Arm #Mbed Edge. Entering preview in Q4 #ArmTechCon pic.twitter.com/uswSJimB24

The new Mbed Edge software will help Arm expand its positioning in the gateways space in a few ways. First, device management is one of the most important aspects and capabilities of an IoT solution. The gateways market continues to post strong growth in large part because these devices are more than just physical interconnects: IoT gateways are connectivity and application management platforms. Designing and developing such (increasingly standardized) functionality can be costly for OEMs to do themselves.  Arm is providing a considerable building block for those looking to build or use IoT gateways. Also, Mbed Edge facilitates the development of Arm-powered intelligent gateways featuring embedded compute and local application execution environments, which comprise a growing portion of the gateways market as trends like Fog Computing continue to accelerate requiring more edge (gateway) intelligence.

If Arm is serious about growing its presence in the IoT gateways market, the company will need to provide further support on the software side for the most popular embedded operating system shipping within gateway systems today – Linux. More than half of IoT gateways shipped in 2016 featured a Linux-based operating system. The share of gateways featuring Linux is expected to grow through the next five years as IoT gateways evolve to support more embedded functionality and applications requiring a rich operating system. To that end, Arm should consider doubling down on open source projects for the Arm ecosystem such as those in development at the Linaro engineering organization. 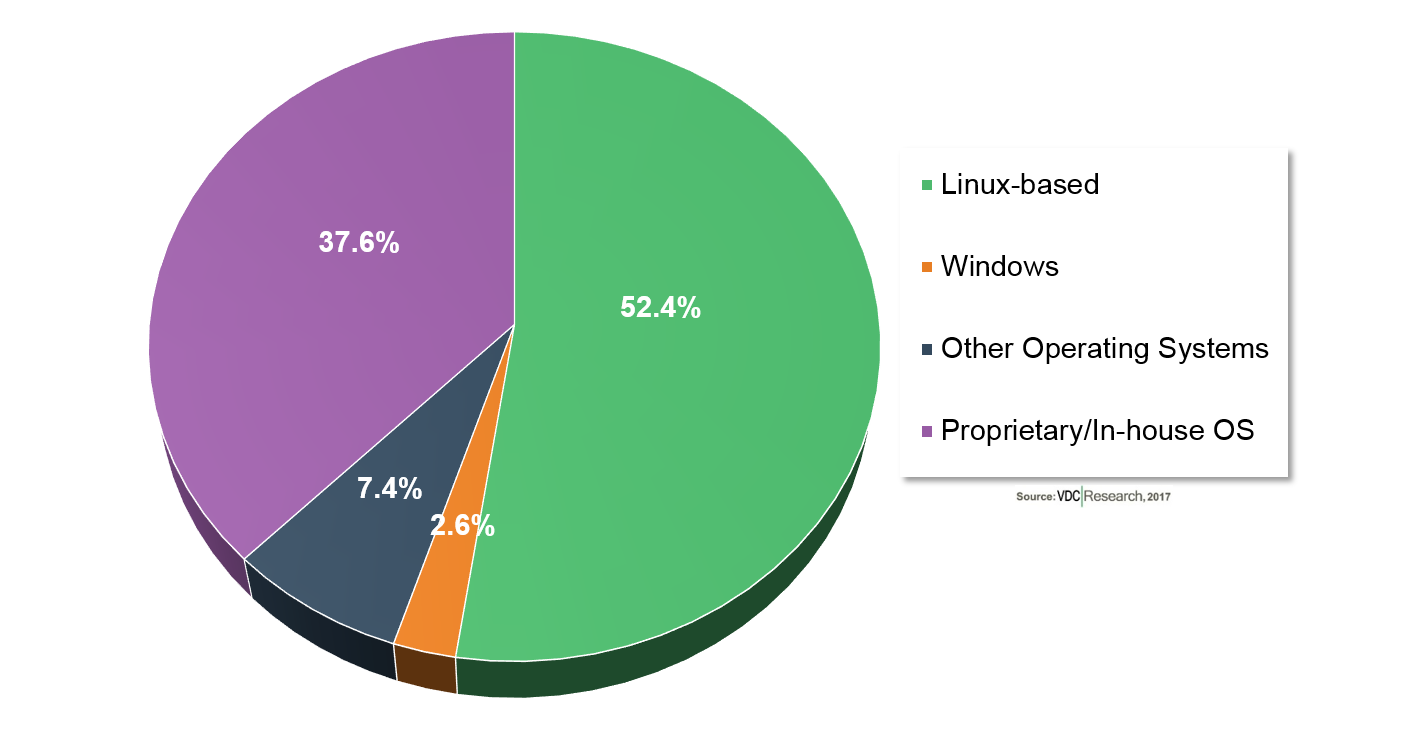 IoT gateways are a fundamental component to many new and emerging connected solutions. Arm and others throughout the IoT and embedded technology landscape continue to invest massive resources towards facilitating gateway systems development with an eye on greater mindshare throughout the hardware and software stack. Mbed Edge extends the capabilities of Arm processors (and customers) both on the gateway itself as well as downstream to the billions of (predominately MCU-based) IoT sensors and other endpoints. The network edge will be the primary battleground for IoT solutions in enabling next generation connected applications and services.