The Inevitable Progression Toward Connected Cities

Smart cities, a term meant to describe urban areas employing technology to improve services, garners the infatuation of government officials and technology companies alike. Considered an immense financial and social opportunity, this broad, attention-grabbing phrase has quickly become a buzzword, as industry and government build the idea into their roadmaps. Despite the buzz, actual implementation of smart city technology remains fairly limited and wide in scope. From connected sensors in infrastructure to public Wi-Fi, renewable energy technology deployments to citizen engagement mobile applications, and parking applications to real-time data analytics, the options available to cities are both extensive and expensive. Consequently, cities looking to modernize generally take a piecemeal approach, rather than an all-encompassing one, albeit examples of the latter do exist. 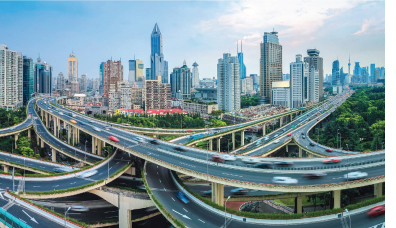 While the images conjured upon hearing the word “smart city,” differ for everyone, the investments to date are tangible. Cities, such as Singapore, Boston, and Amsterdam, have all made significant investments in technologies that leverage new developments in mobility, sensors, and analytics, to improve the life of citizens and the efficiency of the government. Singapore, perhaps most notably, has spent tens of billions of dollars in the past decade alone to create a more connected, responsive city. Deploying over 1,000 sensors in just the Jurong Lake District, the City monitors everything from traffic congestion to carbon dioxide levels in the air. Large scale investments such as that or South Korea’s creation of the smart city Songdo from scratch, illustrate one approach to modernization that can be extremely effective although also extremely expensive. Other cities such as Boston have implemented smaller scale projects, including citizen engagement mobile applications, which leverage existing physical infrastructure (smartphones) to increase the responsiveness of government services. In this way, two broad models for city modernization exist: the first involves heavy investments in hardware (sensors, infrastructure, vehicles, etc.) and software across all or many of the government’s domains; the second, leverages existing infrastructure and builds functionality to meet particular and often narrow objectives.

However, whether or not a city invests specifically in “smart city” technology, the transition to connected urban areas is inevitable and already in motion. For as citizens adopt new technologies and interact with their surroundings, they change the way the city functions and responds to events. Smartphones, now in the hands of most city-dwellers (at least in developed nations), not only act as sensors but also, provide an array of tools for a city’s populous. Traffic applications such as Waze, for example, provide navigational services to users, while simultaneously collecting their data, which is either recorded on the smartphone (speed, location, etc.) or manually inputted (hazards, police, traffic, etc.), to provide the greater ecosystem of users with  additional context—traffic conditions, construction, ETA, etc. This functionality, in its own right, changes the way citizens interact with their environment, and creates a “smarter” city by theoretically reducing traffic congestion and updating citizens on the condition of city infrastructure. The application goes one step further, however, by also integrating with city systems. The company’s Connected Citizens program, launched in 2014, allows partnered cities to receive information on road conditions from Waze users as well as share information regarding road closures and accidents with the app to inform its users of potential hazards. This symbiotic relationship exemplifies the changes that smartphones and modern applications have brought to cities and alludes to the important role of the private sector, and more specifically the technology industry, in driving smart city initiatives.

Hype, available and emerging technologies, and the growing demands from not only a citizen perspective but also an environmental one, combine to create a very optimistic market outlook. Cost savings, from improved energy and employee efficiency, and improvements in the quality of life, from reductions in traffic congestion and pollutions, represent two strong drivers of investment, but intangible benefits such as improved civic engagement and political efficacy also play a role. However, challenges to transitioning to connected cities exist, and while funding is the obvious deterrent, many other challenges, including security, integration with legacy systems, political will, and privacy, impede progress. Navigating these obstacles and finding a projected return on investment demands the development of comprehensive plans with clearly defined goals and timelines.

VDC’s research into this area determined that a cost-benefit analysis offers substantial guidance, and that by examining previous smart city deployments, decision-makers can determine whether the expected benefits exceed anticipated costs. Moreover, our high-level analysis indicates that the benefits do exceed the costs if implemented correctly, providing a wide-range of cost-savings and improvements that enhance the economic, political, and cultural aspects of the city. Nonetheless, the parameters of a cost-benefit analysis and the examination of return on investment metrics could fail to account for all the potential benefits of this emerging technology. Also, significant risks remain, with the threat of cyber security attacks all the more poignant when much of the city depends on connected devices and systems for daily functions. This manageable risk co-exists with increased information flows, an essential component of any smart city initiative. After all, the cities that focus on the data—how to capture, store, and distribute it—will experience the greatest gains over the lifetime of their investment, for hardware and software are merely means to an end, with information serving as the fundamental source of change.