A major era of the smartphone age has ended. On September 28th, BlackBerry Ltd.’s second quarter fiscal report officially announced the company’s plan to end all internal smartphone development. Instead, the company will begin outsourcing future hardware R&D to manufacturing and distribution partners in Asia. “We are reaching an inflection point with our strategy,” said Executive Chairman and BlackBerry CEO John Chen. “Our financial foundation is strong, and our pivot to software is taking hold.” The move is not altogether surprising, with Chen stating in May 2016 that he would ultimately decide to exit the hardware space by September if BlackBerry hardware sales were not earning sufficient profits. Having sold only 400,000 phones in Q2 2016, down 50% from a year ago, while Q2 software revenue is up more than 100% year over year (YoY), the rationale behind the decision is straightforward: BlackBerry devices are underperforming and to optimize profitability and ensure longevity of the company, focusing solely on software is the new strategy. 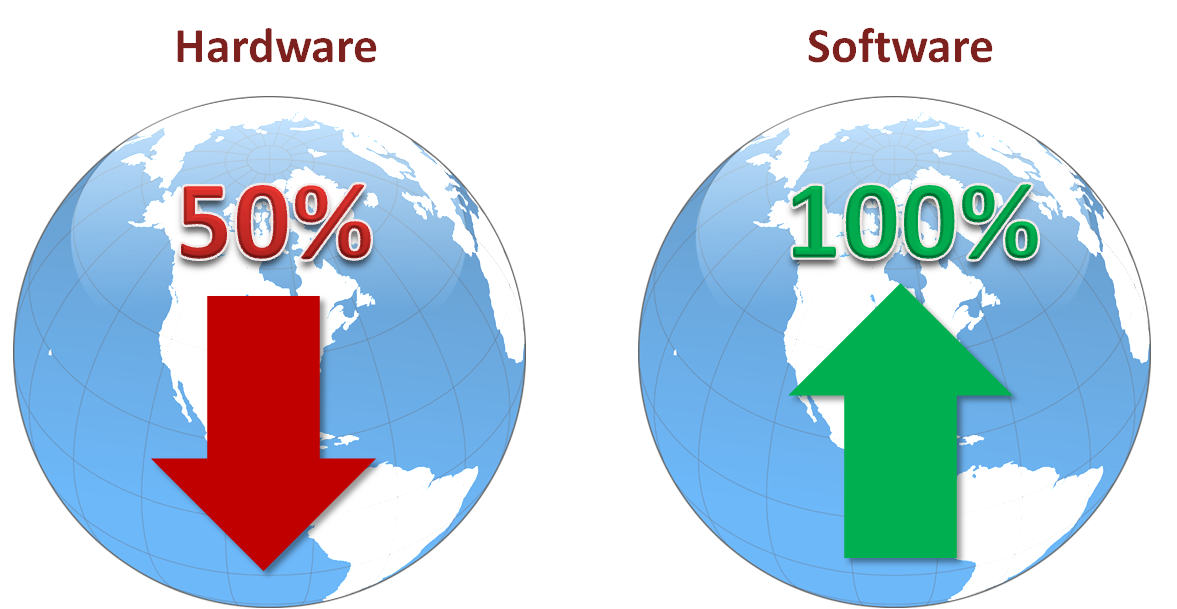 BlackBerry’s 14 year history with mobile hardware began in March 2002 when the Canadian telecom and mobile device developer Research In Motion (RIM) launched the BlackBerry 5810. Years later, BlackBerry’s market share peaked in 2009 at just over 20% of global smartphone units, while revenue from device sales reached a high of $16B in 2011. In fact, from the early 2000s through these peak years, BlackBerry developed a status as the truesmartphone of choice for use in business applications, where enterprises demanded a secure platform for phone, Internet, and productivity features.

And yet, BlackBerry was unable to sustain its success after the foundation of the company’s slow decline was laid in 2007, with Apple, Inc.’s release of the first generation iPhone. Although BlackBerry’s market power and revenue peaked well after the iPhone’s initial launch, the company for years continued to focus on QWERTY style smartphones, even after it became clear that touch-centric designs were beginning to dominate user preferences. In addition, the iPhone (and later Android devices) did not gain true market dominance until third-party developers had the opportunity to populate the Apple App and Google Play stores with downloadable consumer and enterprise-grade applications, the kind of features that ultimately drove both brands’ functional appeal. In contrast, to the successes of the App Store and the Google Play Store, BlackBerry struggled to gain traction with app developers. In the interim, BlackBerry continued to produce phones that run a proprietary mobile operating system (OS) while largely closing off its software to external development or access. BlackBerry’s first touch-centric device, the BlackBerry Storm, is largely thought of as one of the highest profile smartphone flops, causing other vendors like Apple to gain significant traction against the out-dated and ill-equipped device.  Even after a last ditch attempt at building an Android OS phone, BlackBerry’s lack of innovation and unwillingness to adapt to changing market demand lead to worldwide market share hovering around the 1.0% marker at the end of 2015. 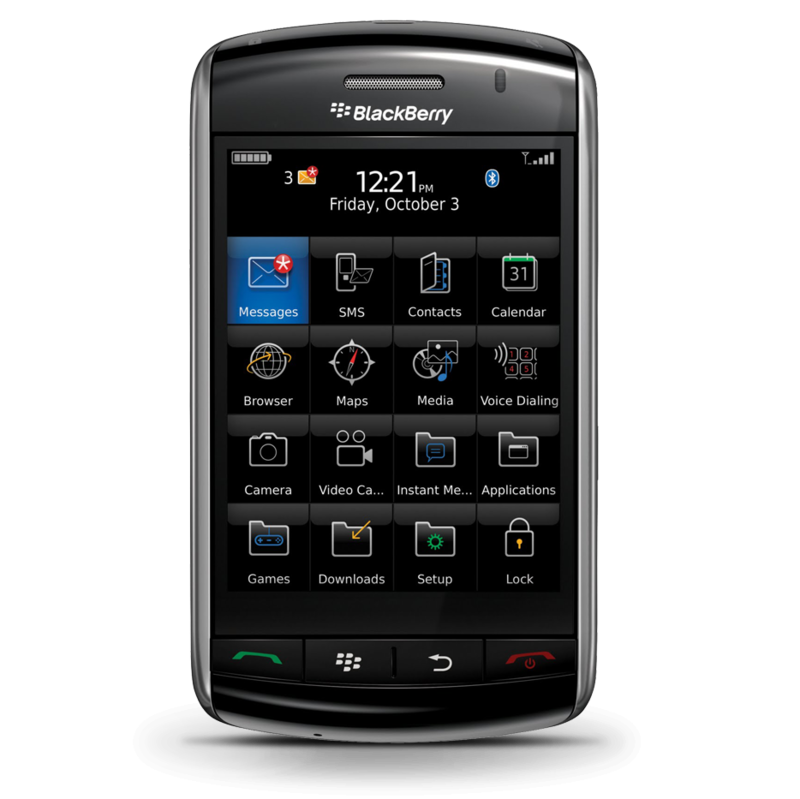 Despite missing the chance to gain a major share of the new generation of smartphones, it’s important to remember that BlackBerry is still very much alive. After bringing on Chen in 2013, BlackBerry has generated impressive revenue from that same brand of proprietary technology, with particularly strong showings from BlackBerry Messenger (BBM), device security software, and enterprise mobility management services. Said Chen, “Our new Mobility Solutions strategy is showing signs of momentum, including our first major device software licensing agreement with a telecom joint venture in Indonesia… this allows us to reduce capital requirements and enhance return on invested capital.”

The most recent smartphone from BlackBerry, the DTEK50 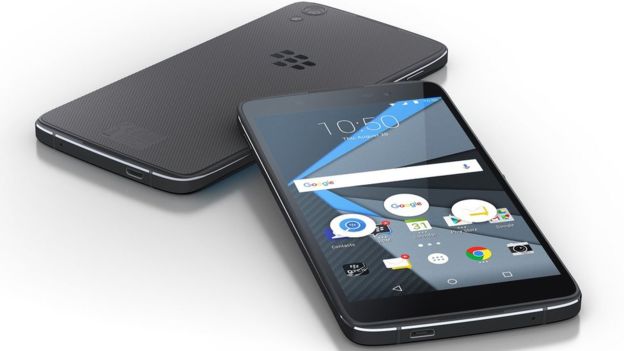 Pivot Points—Security, Services and the IoT
BlackBerry has the luxury of possessing a strong mobile brand that is known for its best-in-class security capabilities. The company’s recent acquisitions (specifically Secusmart, WatchDox, and Encription Ltd.) helped to round out BlackBerry’s software and services portfolio, and will allow the vendor to expand its threat mitigation and cybersecurity capabilities while providing service expansion opportunities. Our research also shows that acquiring Good Technology quickly helped to shore up BlackBerry’s EMM market share (the company’s market share grew from 10.8 percent in 2014 to 21.4 percent in 2015). While there was significant overlap within these companies’ customer bases, there are real synergies. Good’s ability to fill the holes in BlackBerry’s cross-platform capabilities were sorely needed, and will give BlackBerry an opportunity to use EMM as an entry point to more expansive security solutions and managed services opportunities. It will be critical for BlackBerry not to make the same mistake as they did with their hardware and remain nimble enough to engage the dynamic enterprise ecosystem. Whether developing the future of EMM, UEM, or other security applications, BlackBerry should continue to expand their portfolio and offerings to keep pace with a rapidly changing environment.

The IoT
QNX (a subsidiary of BlackBerry) maintains a healthy market share by continuing to target the infotainment and telematics segments of the automotive industry. The company recently revealed a partnership with Intel whereby they will collaborate to enhance the infotainment systems, digital instruments clusters, and advanced driver assistance systems (ADAS) of the current generation of smart cars. The company has upgraded its QNX Car Platform Infotainment system to run on Intel Atom processors and will support Qt Graphics and HTML5. QNX also recently announced a partnership with Certicom, a security-focused subsidiary of BlackBerry that the parent company added to its portfolio in 2009.

BlackBerry recently restructured its subsidiaries in order to facilitate the flow of information and resources from one division to another. As such, QNX now has much closer access to Certicom’s assets as well as BlackBerry’s entire patent portfolio. The Certicom partnership will prove to be lucrative for QNX as it looks to enhance its security solutions in the automotive, medical, and railway space. On the opposite side of the spectrum, QNX’s prospects for growth will remain somewhat controlled by the amount of resources granted by BlackBerry to pursue non-core verticals and the health and brand reputation of the overarching entity. QNX will remain exposed to rapidly growing competition from commercial suppliers as well as open source alliances for safety-critical in-cab solutions as more companies look to seize shares of the growing smart car market. Fostering a good relationship with ARM will be a top priority for the company, as ARM continues to push upwards into center-stack silicon designs through its strong partnership with Freescale.

What’s Next?
Going forward, the company must work hard on ensuring it can support the variance in its key customer’s deployments. This will require continued and tight collaboration with Google’s Android for Work and Samsung’s KNOX platforms; this will not only help ensure that customers remain loyal, but will help the company maintain its large footprint in both the financial services and government sectors. While BlackBerry has done well to maintain its position in its core markets (financial services, health care, and government), it would have seen market share declines without acquiring Good because it lacked important cross-platform capabilities.

Based on its cash position, BlackBerry also has the opportunity to make additional strategic acquisitions—this would be smart, as the vendor has demonstrated its ability to identify synergistic acquisition targets that offer immediate revenue contributions—there is certainly no shortage of innovative/differentiated security-focused vendors to choose from.