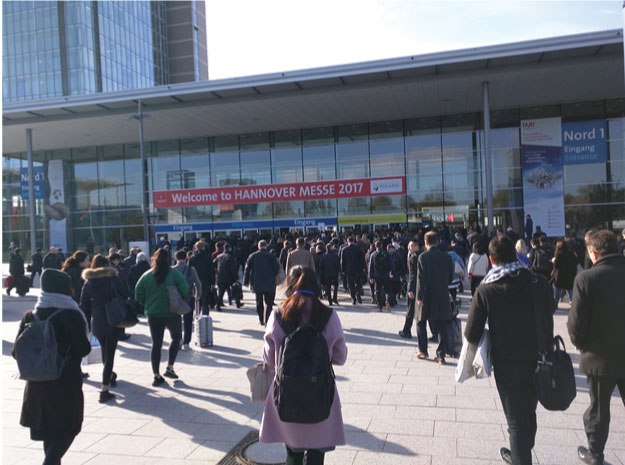 As a first time attendee at Hannover Messe, I was simply blown away by its scale. This year’s show drew an unprecedented 225,000 attendees and featured 6,500 exhibitors from more than 70 countries. The Hannover Fairground—the largest exhibition ground in the world, with more than 5 million square feet of covered exhibition space spread across 27 halls—was sold out down to the last square meter. The largest single exhibitor, Siemens, constructed a “booth” that was nearly the size of a football field. Another exhibitor, FANUC, featured a massive robotic arm lifting and spinning a full-size sport-utility vehicle as if it were a Matchbox toy. 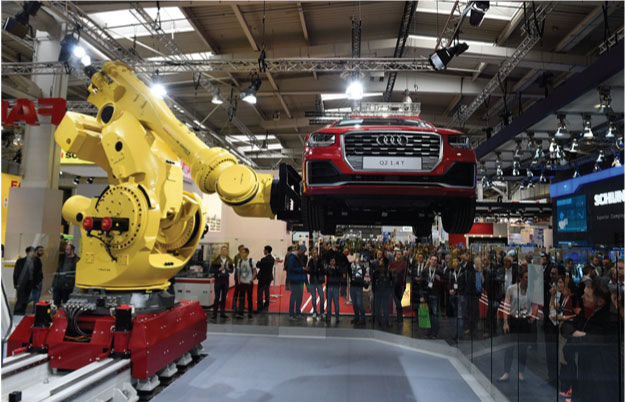 The official theme of Hannover Messe 2017, Integrated Industry—Creating Value, underscored the importance of Industry as a whole working together to realize the full benefits of the ongoing industrial revolution known as Industry 4.0. German Chancellor Angela Merkel perhaps said it best when, discussing Hannover Messe during her opening remarks, calling the show “a symbol for cosmopolitanism.” In talking with exhibitors and other attendees throughout the week, the overarching sense of community was exceedingly apparent.

WALKING THE FLOOR
I met with more than 25 exhibiting companies at Hannover Messe 2017; the following is a brief summary of some of the announcements on which I was briefed and product demonstrations I witnessed while at the show.

ABB had one of the larger exhibits at the show, and presented a range of solutions from the ABB Ability portfolio, which includes performance management solutions, control systems, remote monitoring services, motors and machines, and specialized solutions for data center power management and ship fleet navigation optimization. ABB also unveiled the latest version of its electric power transmission system, HVDC Light.

ARM shared details from a study by The Economist Intelligence Unit, The Internet of Things Business Index 2017, which it co-sponsored along with IBM. The report highlighted the connection between the IoT and long-term business success, as seen by business leaders globally. ARM also demonstrated the capabilities of its ARM mbed IoT device platform.

Ashcroft showcased a broad range of gauges, switches, and other test and measurement products.

DAQRI had one of the more engaging booths I visited during the show, with attendees lined up to experience augmented reality through the DAQRI Smart Helmet and DAQRI Smart Glasses, both of which are designed to bring real-time data and assistance to workers on factory floors.

Dell demonstrated the capabilities of the recently announced EdgeX Foundry, a Linux Foundation project to which Dell contributed its Fuse IoT code base. EdgeX is designed to ease IoT deployment challenges through its open framework and emphasis on interoperability.

Delphin Technology’s booth featured an array of test and measurement solutions, including data loggers and other data acquisition product.

Eaton, a power management company with a broad product portfolio, allowed me to test out an augmented reality solution leveraging Microsoft’s HoloLens technology. This headset allows users to use advanced visualization techniques to enhance condition monitoring in hydraulic applications.

Eurotech displayed some of its IoT products, including a range of gateways, and demonstrated the capabilities of its IoT platform, an easy-to-use infrastructure built from a combination of hardware, firmware, operating systems, and programming frameworks.

GE Digital’s presence at Hannover Messe was centered around Predix, and industrial internet platform designed to connect the physical and digital worlds of industrial organizations.  GE Digital also announced at the show the latest version of its Plant Applications Manufacturing Execution System solutions, which is designed to manage highly automated production processes.

Opto 22 leveraged its sensing and automation products in a joint exhibit with Dell to illustrate the importance of bridging the gap between existing industrial assets/infrastructure and the IT world to make the Industrial Internet of Things a reality. Opto 22 also announced its membership in the Linux Foundation’s EdgeX Foundry.

Siemens’s impressive booth encouraged attendees to “Discover the Value of the Digital Enterprise” and featured expansive displays detailing the impact digitalization will have in a wide range of industries across every stage of the value chain. In particular focus was MindSphere, Siemens’ cloud-based, open IoT operating system. Siemens also announced a joint R&D program with Adidas centered on the digital production of sporting goods. 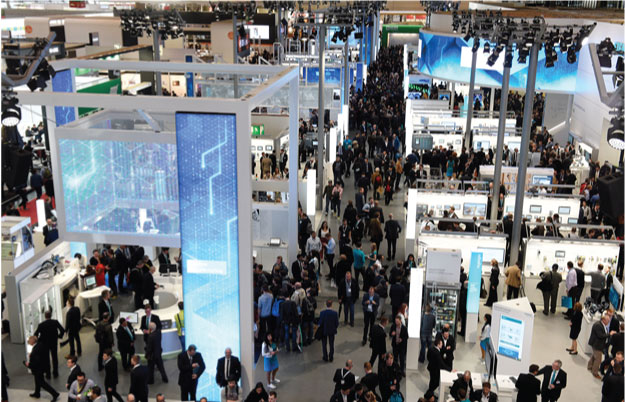 Tecsis had on display a number of solutions for force, pressure, and temperature measurement.